No items found.
Product is not available in this quantity.
August 6, 2020

The Why, What, How and When of LGBTQ+ in Sport 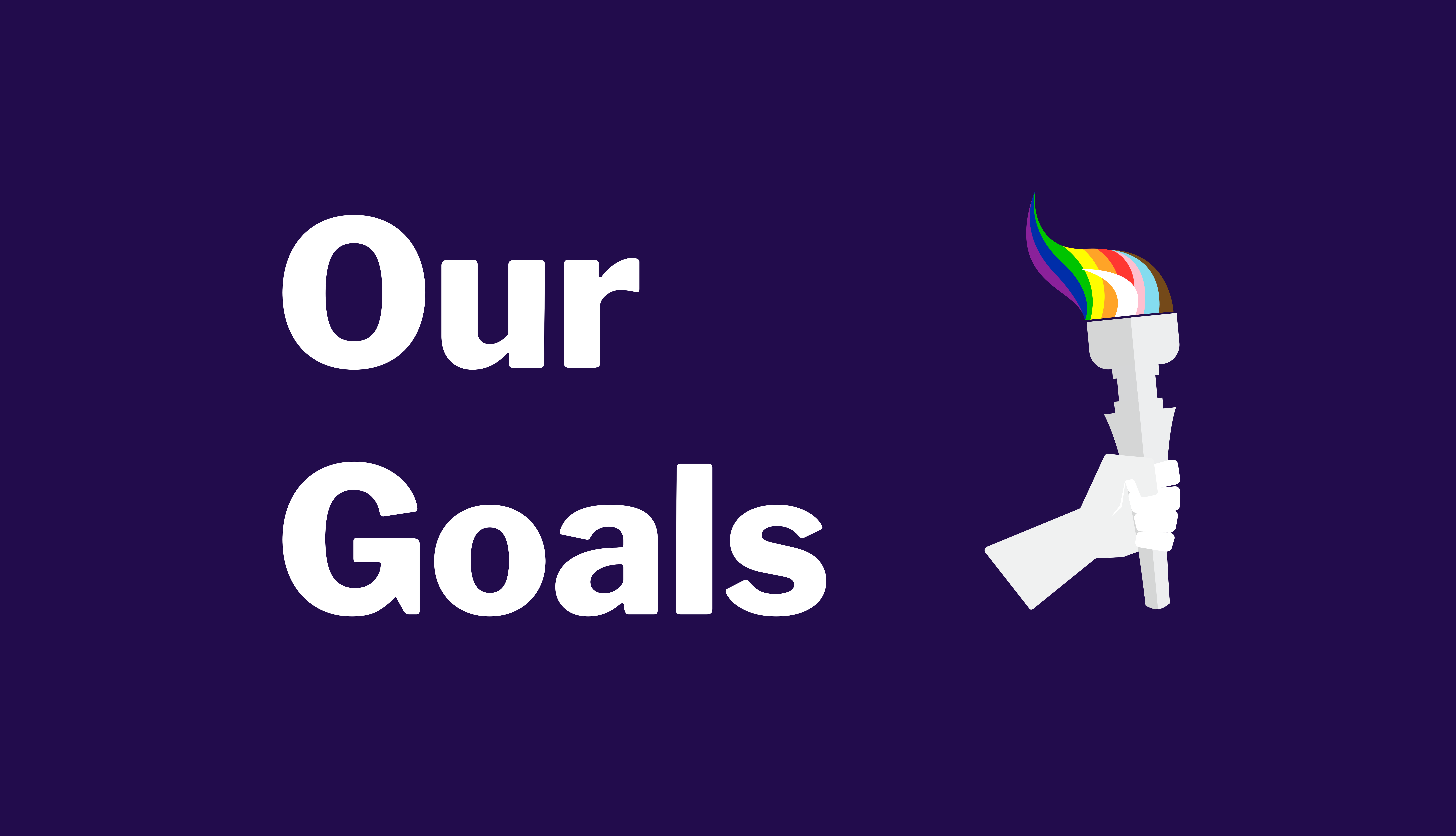 Welcome to LGBTQ+ in Sport's blog. We're really excited to be building a great team of diverse and passionate people, all united by the same goal of building community and ending discrimination for LGBTQ+ people in UK sport. To kick off our online longform content, we thought we'd flesh out what our goals are for the short and medium future

Far too often, LGBTQ+ people are in the minority or even the odd one out in sports teams and clubs. For any person who's experienced this, even in a setting with supportive teammates and friends, this can be isolating, damaging to mental health and even lead to LGBTQ+ people dropping out of being engaged with sport.

We strive for a more inclusive sporting environment. Our events are a safe and inclusive space filled with LGBTQ+ people in sport and allies supporting our drive to bring greater diversity to sport. Meet and make great friends with people who've had similar sporting experiences to you, yet are different ages, from different backgrounds and play many different sports.

In addition to creating our own inclusive communities, we are also focused on making more sports centres, clubs, teams and gyms more inclusive and welcoming to LGBTQ+ people playing sport at all levels. By developing an accreditation system, in partnership with industry experts and our network of ambassadors, we aim to build a network of LGBTQ+ in Sport friendly clubs where LGBTQ+ people can play, train and compete in a welcoming environment.

In addition, we are also building online, accredited and free programs which will enable individuals to educate themselves on the issues around LGBTQ+ inclusion in sport for free, receiving certificates on successful completion.

For many LGBTQ+ people in sport, myself included, the lack of LGBTQ+ representation at the top of most professional sports has been often significantly disheartening. Taking tennis as an example, its a sad reality that there hasn't been a single openly LGBTQ+ man in the main draw of a grand slam since the beginning of the open era... which was in 1968. Such a situation can dissuade young LGBTQ+ individuals from engaging sports due to a fear that it as a result isn't a place for them.

Thankfully, this situation is changing and there are signs that more pro athletes are able to be more open about their sexuality. We aim to highlight stories of inspiring LGBTQ+ people in sport at all levels, from those just starting out to competing at world championships, and ensuring young LGBTQ+ people never believe they can't succeed at a sport they want to try.

Many LGBTQ+ people in sport who have wanted to show pride in their identity whilst engaging in sport have faced similar issues of kit being significantly expensive, being available only in June and having otherwise little positive benefit to the wider LGBTQ+ community.

With our background in sourcing kit for sports clubs in Oxford, we are developing lines of quality, ethical and sustainable sports clothing which enables people to show their pride in their identity, yet not costing sky-high sums. In addition, all purchases will include a donation to charities working on LGBTQ+ issues, thereby supporting the community with each product sold.

We're really excited for what the future holds, and are looking for passionate people to join the our team across a range of sports, backgrounds and identities - if this sounds like you, then get in touch!