No items found.
Product is not available in this quantity.
August 11, 2020

A Blanket Ban on Transwomen in Rugby is Transphobic. 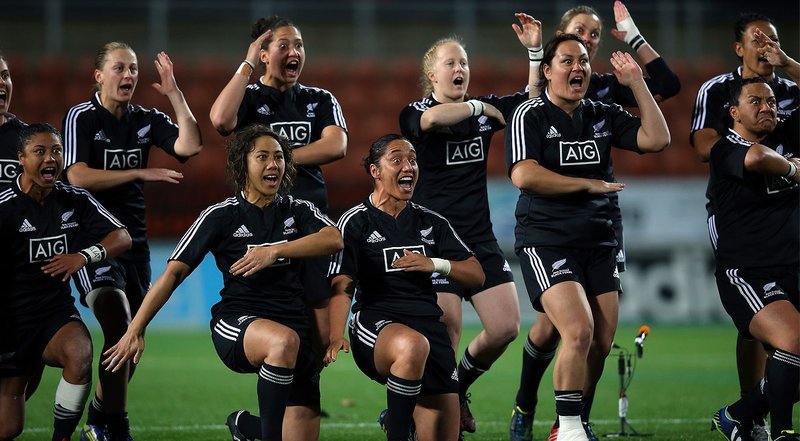 “Risk”. For those of us who play, have played, or even just watch rugby it is an element of the game we are constantly aware of. With each player making 20-40 tackles in a match, neck injuries remaining all too common, and 1 in 4 players injured in a season, it is no wonder that rugby authorities are constantly seeking ways to keep the game fair and players safe.

In February 2020, World Rugby hosted a workshop that sought a “comprehensive review” of the current policies regarding the inclusion of transgender athletes in rugby. On July 19th, as a consequence of this workshop, the Guardian reported a possible ban by World Rugby on transgender athletes. They evidenced this blanket ban with a surplus of statistics: AMAB (Assigned Male at Birth) players whose puberties were impacted upon by androgens/testosterone are “25-50%” stronger, “30% more powerful”, “40% heavier”, and “about 15%” faster than AFAB (Assigned Female at Birth) players whose puberties were not as intensely influenced by androgens.

Most importantly, however, World Rugby’s leaked 38-page document detailed that “ciswomen players (who do not undergo androgenisation during development) …are at a significantly increased risk of injury” when playing against transwomen who did undergo androgenisation during development. If injuries are as common as these statistics suggest, perhaps a review was necessary. What is certainly not necessary is a blanket ban on transwomen, particularly on the basis of statistics which exclusively examine transwomen who transition later in life and whose development were influenced by apparently higher levels of androgens.

Fair Play for Women, who spoke at World Rugby’s conference, described why we categorise players in rugby: ‘it’s to create a level playing field…we set eligibility criteria based on the characteristic or body type that’s relevant to the group we are trying to accommodate.’ When it comes to separating adults from children, this certainly makes sense. Adults are bigger and will undoubtedly cause injury if allowed to play rugby with children; remember the time Boris Johnson wiped out and toppled a child.

Unfortunately, however, this is not as easily applied as a rule when dividing adults more generally, especially in rugby. I ask, what is the ‘characteristic or body type’ of a woman? If we are to follow World Rugby’s cited statistics, is it weakness? Is it lightness? Is it slowness? I personally wouldn’t dare call Hannah Botterman or Sarah Bern any of these things, nor would I dare attempt to ban them for being seemingly more likely to cause injury.

Ignoring the natural variation in women’s bodies seems a sure-fire way to produce a blanket ban on heavier women, on faster women, on stronger women. It would certainly be unethical to ban black women from rugby for problematically assumed strength and speed greater than their white counterparts, so why is it ethical to ban transwomen from competing against other women. When it comes to elite sport, the bodies of competing athletes are always exceptional. We don’t pit elite athletes against casual players because the risk of doing so would be too high.

Safety, however, remains our primary concern in this discussion. If transwomen who are exposed to higher levels of androgens and testosterone during development are so much more likely to cause injury, then they should be facilitated to compete without doing so. Risk is an element of rugby that cannot be disposed of, to do so would defeat the nature of the game.

It is not transwomen who cause more injuries in rugby. It is stronger, faster, and heavier women. If the risk of injury is too high between players because of their relative strengths and momentum, then they should not be allowed to play against each other. That, alongside skill, should be the basis of categorisation. Not gender. Gender based categorisation in sport is not beneficial to anyone, including cis-women, trans-women, and intersex persons.

In Professor Lynley Anderson’s words, of the bioethics centre at the University of Ontago, published in the Journal of Medical Ethics:

"To be simultaneously inclusive and fair at the elite level some innovative thinking is required, rather than attempting to shoehorn people into either 'male' or 'female' ... Perhaps the male/female binary should be reconsidered in favour of something more nuanced and useful?"

We break down boxing into weight-based categories in order to facilitate individuals’ different strengths. Why should we not do the same in rugby? I propose a tiered system that allows for people to play rugby whilst maintaining their safety and the competitive aspect of the sport. Gender categories are so 2019 anyway.

A blanket ban is, quite simply, transphobic. It is inevitable that some national governing bodies will be influenced by the recommendations and policies of World Rugby. The potential this has to reduce trans people’s participation in grassroots rugby is the opposite of what any sporting committee should be aiming to achieve.